So last night’s weather forecast read that there was a 30% chance of rain and thunder at around 8pm.

We had a couple of errands to run so we thought nothing of it.

The skies started to streak with lightning as we drove down the highway.  Then there were cackles in the sky that were getting louder and more frequent.  Things were getting really ominous.

Then, from one moment to the next, the skies grew dark, the wind picked up and small droplets turned into torrential rains.  The roads became completely blurred and the winds made the car bounce as we pulled over to watch the fury.  It was freaky. How does this happen?  Mother nature never fails to let us know we are small and defenseless against her.

No sooner had the storm come than disappear.  The whole nature show lasted maybe 10 minutes.  We happened to be near the lake and took the opportunity to gaze over the water.  All was calm.  All that remained now were wet streets, dripping gutters, lots of puddles and the sounds of birds chirping.  I just love that feeling of being outside after a summer rain storm.  We could smell the calm.  We couldn’t help but be washed in a feeling of relief and safety after having witnessed that rage.

I reminded myself that storms are a metaphor for life.

Last night’s storm was a reminder that all things are temporary and that storms do pass.

We musn’t lose the lesson encrypted in our storms.  We must try to remain patient and hold on.  Before we know it, it will be over…until the next storm.  For now, I remind myself,

This too shall pass…

One thought on “Braving The Storm” 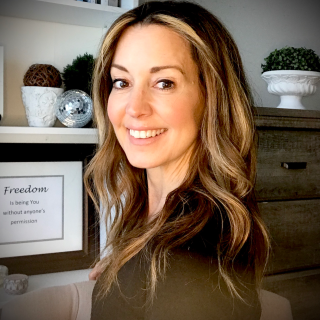 For more than 20 years I continue to be passionate about working as an Elementary Educator with a focus on social/emotional learning, soft skills training, building self-awareness and developing confidence in my students. This rewarding career, coupled with my personal life experience and self-development journey have led me to my calling — Educating & guiding others through the process of learning how to love themselves unconditionally. As a Life Coach, my goal is to help you reconnect to YOU and your purpose to feel aligned, empowered and ultimately free to discover & curate a life you can love. The way we experience life has everything to do with how we feel about ourselves. I can guide you along the essential journey towards self-love & self-acceptance which are the keys that unlock our potential and what ultimately allow us the grace to enjoy our lives to the fullest. The most important project you will ever work on is YOU! Driven by optimism and forever seeking joy, I am a mother, wife, teacher and life coach curating my journey on my lifelong quest to #LiveItAllBetter ™️